Intro Take a Gander At Earful of Tunes Watch and Listen: Audiovisual for Children

Field recordings from southern West Virginia, 1949-1953 are captured on this CD that features railroad work chants, ancient spirituals, hammer songs, slave-era songs and more. This collection is as rich, varied and powerful as the African-American experience in Appalachia. 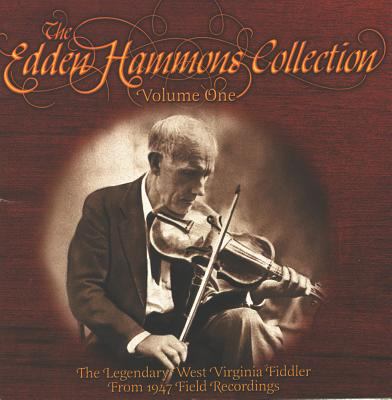 Edden Hammons was an American fiddler from Webster County who started at an early age, playing on a fiddle made from a gourd that his father made for him. He is one of the few sources of many traditional songs that are popular today. His influence is still wide-spread among old-time fiddlers and other musicians within the old-time genre.

What Will I Leave Behind

by The Lilly Brothers

The Lilly Brothers were bluegrass musicians born in Clear Creek. In 1938, they made their radio debut on the Old Farm Hour show at WCHS in Charleston. Their singing has been described as rich, mountain-flavored bluegrass and their brand of dynamic, no-holds barred traditional bluegrass has been noted as haunting and earthy.

Hazel Dickens, who passed away in 2011, was an advocate for coal miners and working people and a pioneer among women in bluegrass music. Dickens received many awards, including a National Heritage Fellowship from the National Endowment for the Arts in 2001. She was born in Mercer County in 1935.

This American swing saxophonist was born in Wheeling in 1908. Berry got his much-misspelled moniker (Choo, Chew) from musicians, because he chewed on his mouthpiece or perhaps because he had Fu Manchu facial hair. Though he died at a very young age his name continues to loom large in the annals of jazz.

Mountain Thyme is an all-women musical ensemble in West Virginia who can trace their ancestry to immigrants who came to Appalachia from the British Isles. Their songs feature multi-layered vocal harmonies and unaccompanied singing. Themes range from traditional ballads to contemporary folk.

The Best of Bill Withers: Lean on Me

"Ain't No Sunshine" and "Lean on Me" from the 1970s are two chart toppers by this performer who was born the youngest of six children in the small coal-mining town of Slab Fork. Enjoy these two tunes and others on this "best of" CD.

This contemporary Christian artist was born and raised in Kenova. His biggest success in mainstream music was in 1991 when "Place in this World" hit No. 6 on the Billboard Hot 100 and can be found on this CD. His most recent recording, "Glory," was recorded at the AIR Studios in London, in which he performs once again with renowned composer/conductor David Hamilton.

Byzantine is a heavy metal band from Charleston that formed in 2000. The band claims that growing up in West Virginia has helped them develop a unique sound. Byzantine plays very modern metal, exploring different musical territories or song structures, and has been labeled as a "forward-thinking" band.

“The future of metal begins with the past,” according to Stone Ka-tet. The band's sound is that of old school heavy metal from the cassette tape era, according to Bill Lynch in a Gazz review. Charleston is home for the five members of this band that formed in 2003.

Most West Virginians recognize this contemporary performer's name. She is a country music and bluegrass performer who often brings folk, Celtic and traditional country sounds to her music. She hails from Cross Lanes.

West Virginia's answer to Frank Sinatra, Landau Eugene Murphy gained national attention during the sixth season of the NBC reality show America's Got Talent. This album, recorded after he won the competition, debuted at #34 on the Billboard 200 and reached number one in the jazz category on Amazon.com.

Whether native born or not, these folks all call West Virginia "home." Performances include "A Mountaineer is Always Free" by Tim O'Brien and Pierce Pettis; "West Virginia Chose Me" by Colleen Anderson; "This Is My Home" by Larry Groce; "I Know I'm Home" by G. Michael Ross; "Home Sweet West Virginia" by Leonard Stalnaker; "Coming Home" by Don Lee; "West Virginia Hills" by Jim Truman, and many others.